The following resources are here to assist you with your VisionAid products. If you do not find an answer to your issues here, please contact support at 888-308-0059 extension 3. 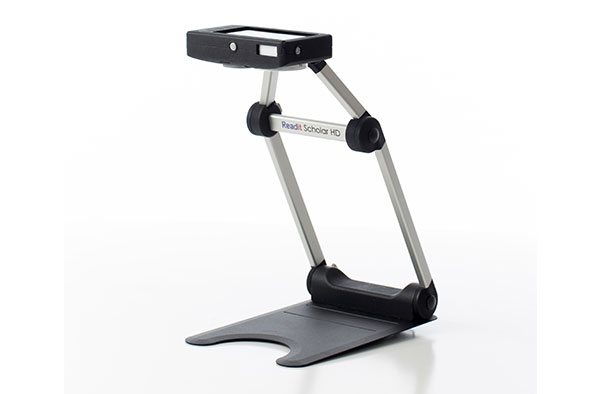 Can I use Readit on both my home PC and my work PC?
Yes! When you purchase Readit Software, you get a licence with three simultaneous activations, this means you can activate the software three times before you need to contact us to remove some of those licences (if you get a new computer etc.)

How easy is it to Setup the ReadEasy Move?
ReadEasy Move is incredibly easy to set up, all it requires is a flat surface to place it on, nearby to a plug socket or extension lead. You need to place the unit down on the surface, then plug the power lead into the power brick, then into the plug socket. Then you’ll need to insert the power tip into the rear jack on the unit itself. Then it’s as simple as pressing the power button on the right hand side of the unit and ten seconds later, ReadEasy Move will announce “ReadEasy is now ready”, the unit is then ready for use.

If you are not satisfied with a product or products you purchased from Irie-AT, you can return the product(s) within 15 days under the following guidelines:

NOTE: A Return Maintenance Agreement (RMA) must also accompany the returned product(s). Please contact support@irie-at.com for an RMA form before returning the unit.

**Irie-AT does not accept returns on software purchase or for additional accessories purchased in any condition.

Irie-AT strives to provide our customers with the best product support and after-purchase care. In the event that your product is defective or you require service, please consult your warranty paperwork to determine the eligibility for service.

If the product failure occurs during the warranty period:

If the product failure occurs outside the warranty period:

Shipping is not included unless specifically indicated be an authorized Irie-AT representative.

Irie-AT is not responsible for any damage that occurs during inbound transport. Should damage occur, Irie-AT will contact the customer immediately so that a shipping claim can be filed if necessary. If damage occurs during outbound shipping please take pictures of the damage and contact Irie-AT immediately resolve the issue.